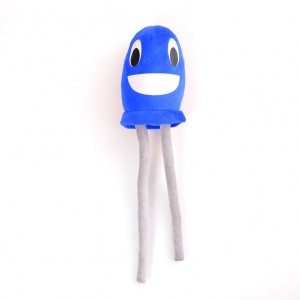 Billie doesn’t just sing the blues, she lives the blues. Billie has a good heart, but she can be a total downer. She always sees glass as half-empty (even when it’s full), and doesn’t like to try new things. Billie has a big-sister relationship with Ruby, and admires her enthusiasm. Billie sings and speaks in a rough and breathy alto. Her catchphrase is «it’s enough to make a girl feel kinda blue…», typically before breaking into song.

About LEDs:
LEDs are two-terminal electronic devices, and are a special type of diode. The first modern LEDs were created by engineer Nick Holonyak in 1962 at General Electric. When electrons cross part of the diffusion region of a diode (an area called the band gap), a photon is emitted. The size of the band gap determines the wavelength (color) of the photon. LEDs are available in many wavelengths ranging from infrared to ultraviolet.