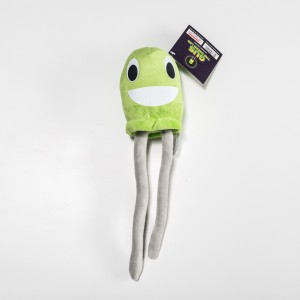 Gus is the smartest member of the group, but also the most coarse. Gus is the closest thing to an engineer in the group: he is pragmatic, realistic and somewhat world-weary, but not a total downer. He will sometimes cut people off mid-sentence because he is impatient, not because he’s trying to be mean or rude. Gus will occasionally make pithy observations that shed light on some problem or other. He is sort of an older brother to Ruby. Gus speaks in a New York / New Jersey accent. He often says things like «that ain’t gonna work» or «maybe we should do somethin’ else.» His catchphrase is «don’t go nuts,» typically in response to some suggested crazy scheme, though he is usually ignored.About LEDs:
LEDs are two-terminal electronic devices, and are a special type of diode. The first modern LEDs were created by engineer Nick Holonyak in 1962 at General Electric. When electrons cross part of the diffusion region of a diode (an area called the band gap), a photon is emitted. The size of the band gap determines the wavelength (color) of the photon. LEDs are available in many wavelengths ranging from infrared to ultraviolet.