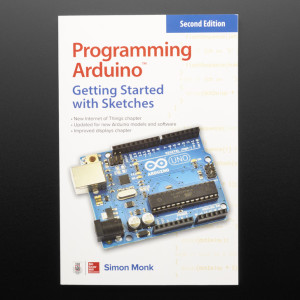 Using clear, easy-to-follow examples, Programming Arduino: Getting Started with Sketches — Second Edition reveals the software side of Arduino and explains how to write well-crafted sketches using the modified C language of Arduino. No prior programming experience is required! The downloadable sample programs featured in the book can be used as-is or modified to suit your purposes.

Note: As of March 22nd 2017, we are now selling the Second Edition to Programming Arduino: Getting Started with Sketches:

Make Great Stuff!
TAB, an imprint of McGraw-Hill Professional, is a leading publisher of DIY technology books for makers, hackers, and electronics hobbyists.