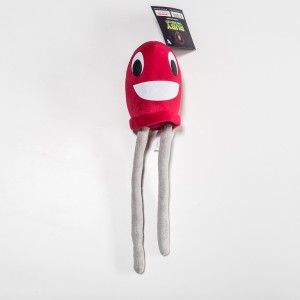 Ruby is the ingenue of the group, and something of a Pollyanna. She is the youngest, the most talkative, and gets easily excited about everything. Ruby has a lot of energy and she’s always ready to go on an adventure. Ruby’s wanderlust sometimes gets her in trouble. Her best friend is Mho, the resistor, who shares her idealism without sharing her urgency or naiveté. Ruby speaks with a super excited young girl’s voice who talks really, really fast. Her catchphrases are «superriffic!», «let’s go adventurizing!» and other hybrid superlatives.About LEDs
LEDs are two-terminal electronic devices, and are a special type of diode. The first modern LEDs were created by engineer Nick Holonyak in 1962 at General Electric. When electrons cross part of the diffusion region of a diode (an area called the band gap), a photon is emitted. The size of the band gap determines the wavelength (color) of the photon. LEDs are available in many wavelengths ranging from infrared to ultraviolet.